Deprecated: mysql_connect(): The mysql extension is deprecated and will be removed in the future: use mysqli or PDO instead in /home/customer/www/apnaujjain.com/public_html/ujjain/includes/dbconfig.php on line 18
 Ujjain Tourism - Enjoy Simhastha from April 2016-May2016 with Apna Ujjain Apnaujjain - Blog
List Your Business 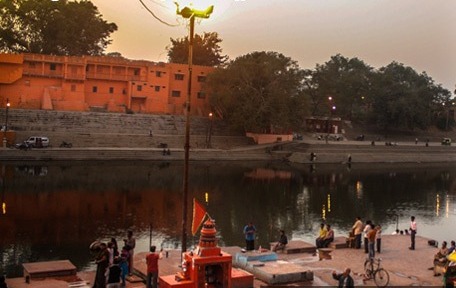 Ujjain is a place of religious belief.Ujjain city is the home for large number of temples and thousands of devotees come to visit this place every year.Being the pride of the central India,Ujjain is one of the great pilgrimages of India. It is said to be the cultural city of Madhya Pradesh as the great religious SimhasthaKumbhMela is held here after every 12 years. Devotees can reach Ujjain via many sources. One can easily reach Ujjain by Indore. The devotees can either take a train, bus or car from Indore to Ujjain.The Indore to Ujjain distance is just 56.4 km. Ujjain pin code is 456001.

Ujjain is famous because of the MahakaleshwarJyotirlinga Temple. MahakalUjjain is one the prominent temple of Ujjain that attracts large number of devotees. This is one of the twelve Jyotirlings and it is believed that god has himself settled here. The temple is also famous for its different types of unique prayers done here. One of which is ash ritual or bhasmaarti.

Ujjain is a true religious city which is worth visiting. One should surely plan a visit to Ujjain once in his lifetime. Devotees can also plan a trip to Ujjain in the Simhastha festival to enjoy the true culture of India.