Deprecated: mysql_connect(): The mysql extension is deprecated and will be removed in the future: use mysqli or PDO instead in /home/customer/www/apnaujjain.com/public_html/ujjain/includes/dbconfig.php on line 18
 Jantar Mantar Ujjain - Most visited place of ujjain Apnaujjain - Blog
List Your Business 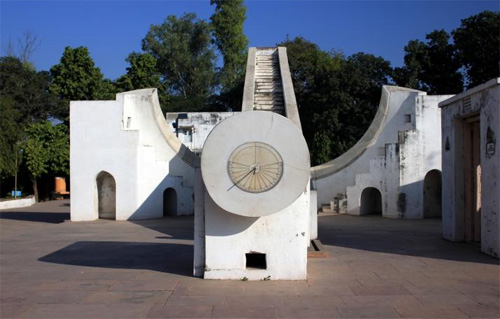 Jantar – Mantar the name that is itself 200 years old entails the mentioning in about 1803. The name comes from a Sanskrit word “Yantra”. Yantra simply means some sort of instrument. Yantra is often referred as some magical diagram and thus Jantar Mantar is simply a sort of instrument made in a form of diagram.

Basically Jantar Mantar is used to find out various things. In early 18th century Maharaja Jai Singh II came to light. With a motive of giving right path to the religious science he constructed this Jantar mantar. The Vedha shala at different location had this jantar mantar which was used to measure things like sun’s revolution, planets direction, lunar mansions etc.

This Jantar Mantar has different instruments like Samrat Yantra, Jai Prakash, Ram Yantra and Niyati Chakra etc. The main purpose of creation of such yantra was to compile and illustrate information and results from the data that was calculated as astronomical tables from these instruments. This result helps in predicting the movement of sun, moon and planets. Various other important facts were also known from these observatories.

In approx 1727 to 1734 Maharaja Jay Singh constructed these observatories. These were popularly known as Jantar Mantar. He created five such vedha shala in India. In this there were multiple concrete buildings that were different in structure and were of unique form. Each had a specialized function and design to entail some or the other astronomical calculation. These buildings were constructed uniquely in the form of certain mathematical and geometric combinations. Thus they really helped in astronomical calculation and increased the knowledge of both religious science and astronomical science.

Jantar Mantar as a yantra is basically an equinoctial sundial which has a part of sundial that cast a shadow. This gnomon is hypotenuse parallel to Earth's axis. To the either side of this there are two quadrant of circle that is parallel to the plane of the earth. The shadow the gnomon in this circle helps in detecting the time of the day, sun positions and other important facts about other planets including earth.

There are five Jantar Mantar monuments in India including Jaipur, Mathura, Varanasi, Ujjain and Delhi. The Jantar Mantar in Ujjain is the oldest one. In about 1719 Maharaja Jai Singh constructed observatory in Ujjain.  After this observatory other observatory like this were created in Jaipur, Mathura, Varanasi and Delhi. Some of the main instrument included in vedha shala of Ujjain includes Samrat Yantra, Nadivalaya Yantra, Digansha Yantra, Shanku Yantra and Yamyottarabhitti yantra. All this instruments entails one or the other astronomical information. Motion, orbits and axis of earth, planets, sun and moon can be known from this. Other information like time, date, rains, whether forecast can also be done from this. Unlike other observatory in India the observatory of Ujjain is still in working condition. Several important astronomical data are taken and published every year through this. Astronomical studies like planetary motions can still be calculated from this observatory. Daily speed and position of planets can also be known from here.

Jantar Mantar is a true example of great architecture of 18 century which is still helping in astronomical science as well as tourism.