Deprecated: mysql_connect(): The mysql extension is deprecated and will be removed in the future: use mysqli or PDO instead in /home/customer/www/apnaujjain.com/public_html/ujjain/includes/dbconfig.php on line 18
 Holy city Ujjain â€“ The city of God Apnaujjain - Blog
List Your Business 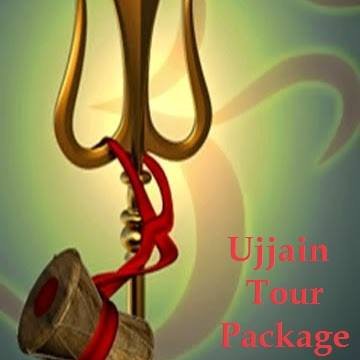 Ujjain has its traces since long back. It is said that when no human being existed this was the favorite place of god and goddess on earth. It is said that Lord Shiva use to visit this place with his wife Parvati. As per the remarkable traces found in the Indian epic holy book Mahabharata there are true stories of Lord Krishna playing with his brother Sudama and other friends. Other than our god many stories of King Akbar and Jahangir are related to the Ujjain city. Stories of famous poet Kalidas and great saint Samdipani are also related with this city. It is said that Lord Shiva himself resides in this city.

Ujjain popularly known as Avantika was the capital of King Vikramaditya. Avanti as it is popular known has seen many generations and has a rich religious history also. Many kings, saints, sages, devotees and enemies came and went from Avanti. Even when Ujjain and its monuments had seen many ups and downs, it has managed to survive with its heritage. Ujjain tourism is famous all around the world and many visitors and devotees visits Ujjain city. Travel & tourism of Ujjain rises up at the time of kumbh mela Ujjain which is a holy festival that is held in every 12 years.

Ujjain is rich in religion as well in geography. Situated in the central part of India, it lies in Malwa region. Being in Madhya Pradesh it has rich heritages preserved which can still be seen. It is said that the Tropic of Cancer also passes through Ujjain and thus it is important place for scientific and astronomical studies also. Ujjain with its local monuments and temple is also famous for its adjacent places including Omkareshwar. One can easily go from Ujjain to Omkareshwar. Omkareshwar also has one of the twelve Jyotirling like that in Ujjain. One can also plan a trip from Indore to Ujjain. The Indore to Ujjain distance is hardly 56.4 km.

One of the religious river of India Ksipra River flows in Ujjain. It is believed that while churning of ocean drops of nectar were fallen in it and thus it is pure like nectar and provides health, peace and immortality. Devotees and saints come here to take bath into it. Especially at the time of Kumb Mela Ujjain thousands of people take bath in this holy river on kumbh mela dates.

Ujjain also has one of twelve Jyotirlinga Mahakaleshwar. It is said that the deity of lord Shiva here is Swayambu. It is a belief that Lord Shiva has himself settled here. By visiting this place devotees get eternal peace and lord Shiva showers his blessing on them for life time. It is also said that this Shiva ling is the only dakshinamurti, It is the only Jyotirling facing towards South and thus it has great religious values.

It is said that man who visits Ujjain get peace and true blessing of Lord Shiva.