Deprecated: mysql_connect(): The mysql extension is deprecated and will be removed in the future: use mysqli or PDO instead in /home/customer/www/apnaujjain.com/public_html/ujjain/includes/dbconfig.php on line 18
 Ujjain â€“ One of the religious cities of India Apnaujjain - Blog
List Your Business 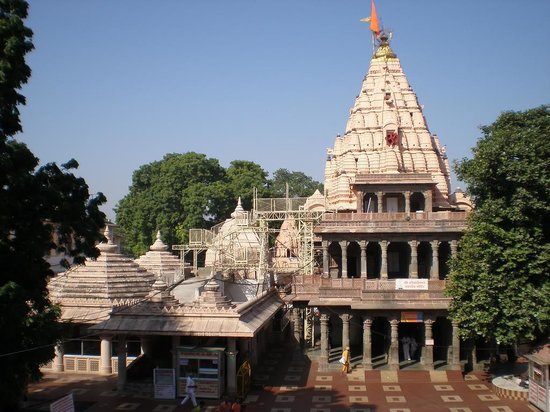 Ujjain â€“ One of the religious cities of India

One of the sacred cities that exist in India includes the name of Ujjain. It is because of its rich heritage and culture that everyone knows about Ujjain in India and in other parts of world. Ujjain is really a religious city and a must visit place.

Ujjain is famous city of Madhya Pradesh. Ujjain city is situated on the west-central part of India. It is the city with historical as well as geographical importance as a prime meridian passing from India passes from the Ujjain city. Indian astronomers say that ‘Tropic of Cancer’ passes from this city. It is because of this reasons Ujjain also has various observatories known as Jantar Mantar from which earth, planets and moons motion are analysis every year. Climatic forecasting is also done through this. The city is a part of Malwa plateau now. Ujjain pin code is 456001 and it ranges in the same series.

It is believed that according to olden civilization Ujjain is a city that was the earliest outposts in central India. It showed urbanization from about 700 BC. Ujjain is now a part of Malwa region and making it more religious Kshipra river flow from Ujjain. People take bath in this river as it has religious values and beliefs.

Ujjain is city which is treated as a city of god. It is believed that Lord Shiva still resides here and always showers his blessing to one who visits this place. The one who visit this city gets free from all his sins. Ujjain is also known with the name of Ujain, Ujjayini, Avanti, Avantika, Avantikapuri etc. Ujjain is an ancient city and its traces can also be found in Mahabharata.

Ujjain city is one of the oldest cities of India. It is said to exist from the time of our gods. Ujjain is a religious city that has temples and religious monuments all around the city. The list starts to end nowhere. The rich travel & tourism of Ujjain attracts large number of tourist every year. It is rich in culture and has historical importance also.

Ujjain city has many religious pilgrimages, tirths, Peeths, Mahadevs etc. It is beliefs that while the fight in between devil and demons at the time of churning of sea, drop of divine nectar was fallen in river Kshipra and thus it became a pure river filled with the nectar of immortality. Thus because of the values of Ksipras the religious city Ujjain sees kumbh mela, a Hindu festival in every 12 years. kumbh mela Ujjain is a religious festival which attracts large devotees from all around the world. Many saints and sages with the normal people take bath in this river.

Ujjain tourism is rich, other than Mahakaleshwar temple it also has other important temples like Gopal temple, Harsiddhi temple, Chintaman ganesh and other places like Kalideh palace, Observatory etc. One can visit Ujjain for Kumbh mela also. Visit Ujjain for peace and religion.